In a recent interview we asked Derrick, Jonathan, and Brent about their journey, as Screenwriters. Their script, The Crow Prophecy, was nominated asBest Script for FanFilm Awards 2016.

In your years as screenwriter(s), how has the journey been? What helped you reach this level of craft?

I would describe our journey as difficult and obstacle-ridden.  While we’ve improved in our writing (when we first started, our writing itself was criticized, but now that we are making finalist in and winning several major film festivals, that has stopped; however, now we are criticized for our team’s name, our website, etc.), we still have not been able to acquire quality representation.  Our reps have constantly and repeatedly let us down.  At the same time, we’ve valued and taken in everything that our critics have had to say, and we’ve just kept working and improving, and at least in the festivals, it has paid off in a big way.

Your version of The Crow is different. Originally as a modern fantasy, The Crow Prophecy is particularly Medieval. Why did you write it in this fashion?

This was a combination of several things we wanted to do.  Rather than try to write a remake or even a pure sequel to the original Crow, we decided to do a prequel, and more of a subtle than obvious one at that.  Also, writing something that took place in Medieval time kind of took us out of our comfort zone, as usually we write in the present day.  Finally, the characters and the time period drew accurate parallels to Derrick’s story concept.

How was the character development process? Any challenges?

For the relationships between the King and the Sheriff and that of the gypsy mother and daughter, who are assumed to be the modern-day Crow’s female ancestors, there had to be a back story for both relationships.  Derrick created the one between the mother and daughter, whereas Jonathan developed a back story about the King and Sheriff, who are brothers.  The challenge was having those two back stories come together and make sense as to what is happening during the present time in the script.

Who wrote what in this script collaboration? How did you refine the final draft, sharing creative liberties?

Derrick created the story, characters, primary scenes and much of the dialogue.  Jonathan fleshed out the remainder of the dialogue, assembled the scenes and developed a couple of scenes, back story lines, etc., to pull everything together.  Brent came in at the end, proofread the initial draft and suggested a couple of changes and suggestions, which Derrick and Jonathan used for the final draft.

Also, much thanks for letting us showcase our work in a big way.  The cold reading was excellent, and everyone did a great job.  And the q & a session, the meet and greet and the festival overall was an experience we’ll never forget.  We had a great time and were very happy and grateful to have that experience.  Thanks much to Eugene and everyone at the 2016 FanFilm Awards in Los Angeles, CA. 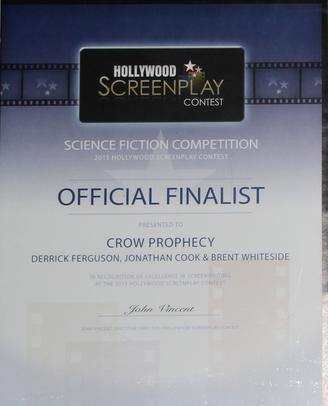 A female ancestor of the The Crow foresees a rivalry between a noble king and his corrupt law enforcer brother during the Dark Ages. 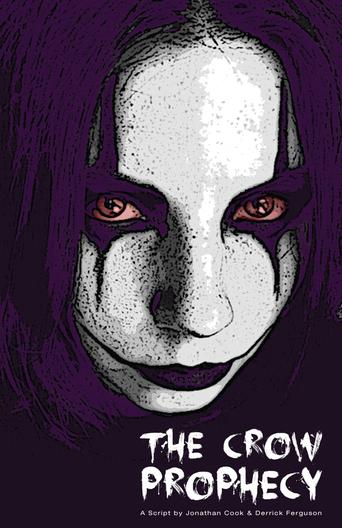 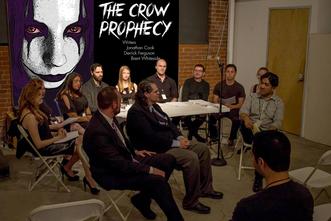 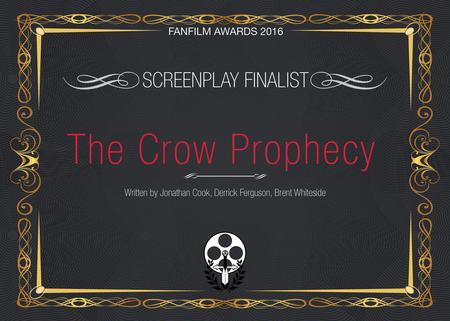 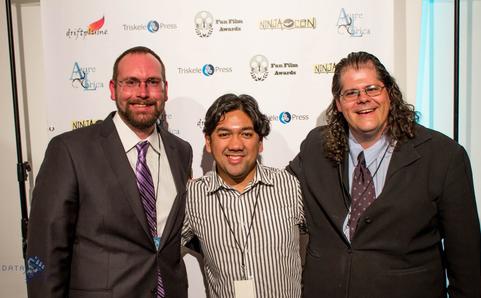